The Posidonia oceanica seagrass meadow of the Mediterranean : legal protection and management.

All around the Mediterranean, the marine Phanerogam Posidonia oceanica forms vast underwater meadows between the surface and 30-40 m depth. These seagrass meadows play a major ecological and economic role : exceptional richness of flora and fauna, strong primary production, spawning ground and nursery for numerous species (in particular for fishes that have economic value), fixing of sediments and control of the profile of equilibrium of sandy shorelines. Posidonia oceanica, and the meadows it constructs, are protected by law in France (Arrêté of July 19, 1988, Décret of September 20, 1989), in Catalonia (Ordre of July 31, 1991) and in the Communidad Valenciana (Ordre of January 23, 1992). In addition, various international documents (European Union, Conference on Security and Cooperation in Europe, etc) make specific mention of the P. oceanica meadows. The regression of P. oceanica meadows has become generalised around much of the Mediterranean coastline. This regression is due to encroachment by coastal development installations (harbours, sea walls, etc), pollution, trawling and the pressure of anchoring in open berth moorings. In the Provence-Alpes-Côte d’Azur Région, the Réseau de Surveillance Posidonies (Posidonia Monitoring Network) has made possible detailed monitoring of the recent evolution of the meadow : in a few sites, regression seems to be abated. Nevertheless, for the Mediterranean as a whole, there are no proper measures to afford real protection of the P. oceanica meadow. Mooring and trawling continue in an uncontrolled fashion, the areas of meadow that are included in protected areas remain modest in size and development shemes continue to be carried out on the meadows. The setting up of antitrawl artificial reefs is proposed to avoid trawling in Posidonia beds. The development of transplanting technics in order to restore areas where the P. oceanica meadows have been reduced or destroyed by human activity is promising, provided that it is not used as a set-off against new deliberate destruction. 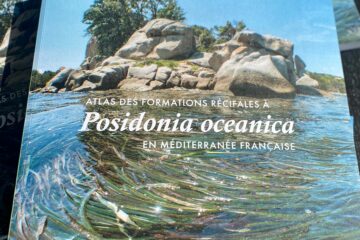 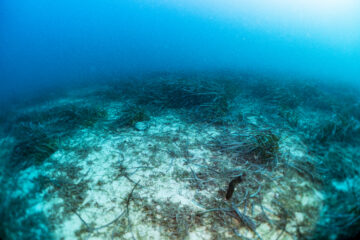 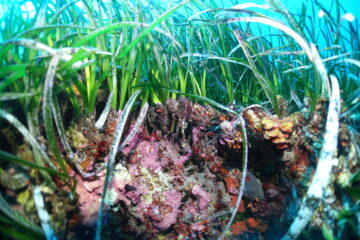